Why do holes appear on the ISS

For almost 30 years, the Okhrana Scientific and Technical Center (STC) has been on guard and is responsible for the safety of many objects of the rocket and space industry in Russia. Under the enhanced supervision of the enterprise, which is headed by Alexander Shemyakin, there are 124 objects of Roscosmos State Corporation


According to sources at Rucriminal.info, in reality, the SEC “Okhrana” is a commercial enterprise that is deeply embedded in the structure of “Roskosmos”, which is thoroughly hooked on budget funds and their active development. So, for example, on July 1, 2016, STC Okhrana joined the Regulation on the Procurement of Goods, Work, and Services of the Roscosmos State Space Corporation. According to this document, the office received the right to “purchase all types of products purchased by the customer on a reimbursable basis by concluding an appropriate contract in accordance with the requirements of the Legislation”. Moreover, “The Regulation governs the procurement of products of any cost and in any currency, carried out by customers located in Russian jurisdiction, regardless of the country of conclusion / execution of the contract.” Thus, STC Okhrana began to have almost unlimited opportunities for profit, participating in the procurement operations of Roskosmos.


In 2018, the office grew so much that it became cramped in the status of FSUE. In this regard, it was decided to transform the "Octopus" into a new legal form — the Joint-Stock Company, so that each owner of the commercial pie got his own tidbit.


The reorganization of the Scientific and Technical Center “Protection” took place at a time when Sergey Vladimirovich Suprun was at the post of general director of the enterprise. It is curious that the heads of the office changed quite often, not every leader managed to sit in a high chair for at least a couple of years. So, in February 2017, another dismissal occurred, V.V. resigned from his post Mukhamedzyanov. Suprun, a former FSB colonel from the Urals, immediately sat down on the vacant seat of the general director. As soon as he took the reins of government in his hands, immediately began the transformation of the financial system of the enterprise entrusted to him. First of all, 6,000 employees working across Russia hastily began to change salary cards. Suprun was not satisfied with Sberbank, so he decided to use the services of VTB24, and launched a new salary project. But, the whole irony of this operation is that ordinary employees of STC Okhrana with a salary of 15-17 thousand rubles were forcibly issued VTB24 cards with GOLD status, their service to the employer cost from 2500 rubles a year. And middle managers with a salary of more than 30,000 rubles received PLATINUM cards with services from 3,500 rubles.


It is easy to calculate how much the SEC “Protection” now costs the annual maintenance of high-status salary cards for 6,000 employees. According to the most conservative estimates — 15-20 million rubles a year, and all this from the budget funds received from the Roskosmos Group of Companies. According to Rucriminal.info sources, in just a couple of years of service at the SEC “Protection”, Suprun has acquired a luxurious apartment in Moscow and other benefits.


The next action of Suprun was the unwillingness to buy a new winter uniform for the numerous guards. And the guards are strictly forbidden to wear warm civilian clothes, as this violates the charter. The new form was delivered to the enterprise only in May 2018 after filing a complaint with the presidential administration.


Suprun tightened the nuts wherever possible. He ordered the cancellation of the secrecy allowance in the STC "Guard" — and this despite the fact that the average salary of employees does not exceed 15-17 thousand rubles. However, the indicated premium was regularly paid by customers — enterprises, which are guarded by STC "Guard".


Employees left the office in droves. The resulting shortage of personnel began to slow down the organization and was felt at all levels — from ordinary security guards to heads of departments and divisions.


The shortage of personnel of the Scientific and Technical Center "Guard" has become the cause of the enterprise’s incapacity, as evidenced by a series of emergency situations. So, in November 2018, the guardsmen in an ordinary taxi drove into the territory of the sensitive facility protected by Suprun’s subordinates. Nobody detained them. As a result, a tremendous scandal erupted, the SEC "Guard" was convicted of complete powerlessness and inability to ensure the safety of the facilities of Roscosmos. Here, one involuntarily recalls the incident with the German amateur pilot Matthias Rust, who landed on his red-engine aircraft on Red Square on May 28, 1987, and thereby debunked the defense and professionalism of the USSR security services.


It should be noted that STC Okhrana is just a division of Roskosmos, but the office’s work system really reflects the situation in the entire state corporation. After all, this is not an accident when holes are suddenly discovered onboard the ISS, and a dangerous crack is noticed on the Russian launch ship Fregat, which is preparing for launch, and the launch is postponed in order to carry out repair work. How many similar emergency situations were in 2018-2019? Roscosmos, of course, hides official data, trying not to tarnish its reputation.


In June 2019, the state corporation decided to change the head of the security center of the NTTs “Okhrana”; clouds began to gather over Suprun. A source in the rocket and space industry told RIA Novosti that the new head of the departmental guard will be a military officer who served in the Special Operations Forces, Alexander Yuryevich Shemyakin. The source turned out to be right, and soon A.Yu. Shemyakin became the head of the SEC “Protection”.


As it turned out later, since 2012, Shemyakin has been friends and closely collaborates with the current general director of the Roskosmos Group, Dmitry Olegovich Rogozin. It was he who promoted “his man” along the career ladder and put the chief guard in the chair. 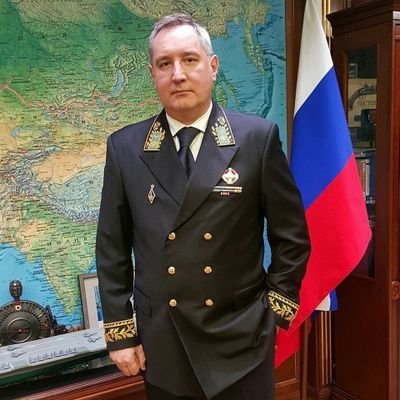 The RIA Novosti interlocutor noted that "with the advent of Shemyakin, cleaning is expected in the entire security system of the rocket and space industry." But whose initiative is it — Shemyakin himself or more senior officials for whom the new CEO is just an instrument for implementing his own decisions? If so, then the director Shemyakin is managed by Anatoly Salikhyanov, head of the Security Service of Roscosmos Group of Companies. This man, like a gray cardinal, is always in the shadows and does not betray his presence, but he is the one who makes key decisions on the activities of the SEC “Protection”, controls its leaders.